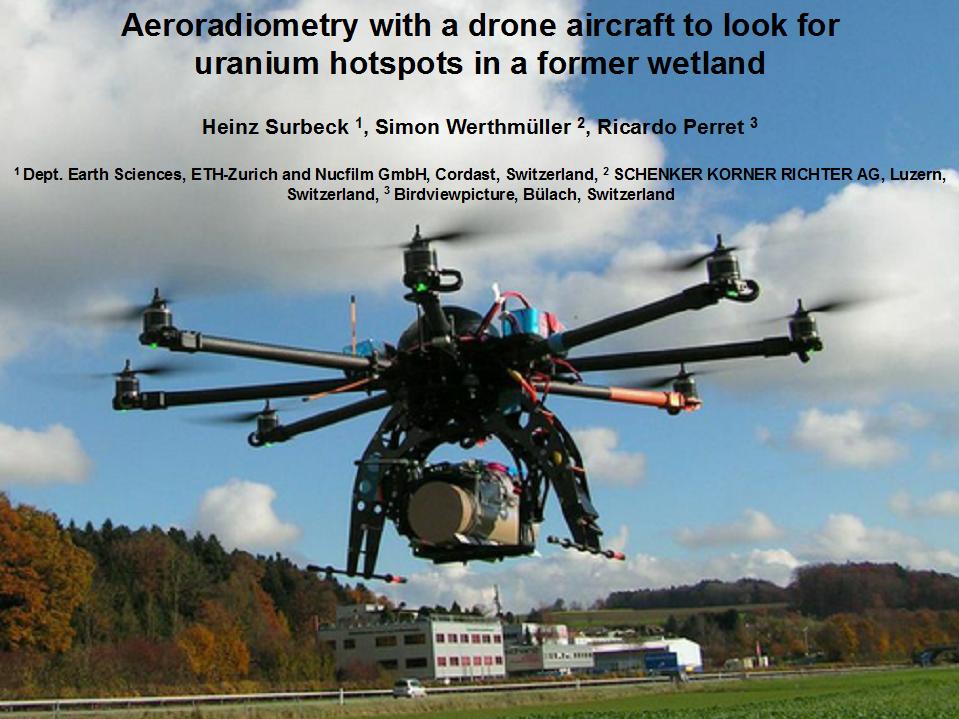 Octocopter with a NaI(Tl) detector as a payload

Abstract
High uranium concentrations, up to 400 micro-g/liter have been found in groundwater samples from the Swiss Plateau. To look for the origin of this contamination, we have used a 2" x 2" NaI(Tl) detector as a payload on a octocopter. A one day scan covering some 100'000 m2 clearly showed doserate hotspots. A detailed ground search with the same detector showed where to take soil samples. A uranium rich horizon with up to 300 ppm U at a depth of about 50 cm has been found. A clay layer just below once formed the bottom of a bog. The then anoxic conditions have led to a uranium accumulation. Since the bog has been drained and used for agriculture, redox conditions have changed and the uranium has become mobile. The hydraulic connection between the uranium rich layer and the groundwater has been formed by the trenches made to drain the bog. Paper presented at Geoforum Umhausen 2016, presentation or full text (both in German)